Brands Find Ways to Reinvent Themselves for Foreign Markets

There’s always been a mystery associated with foreign brands, but some have found ways to use their homegrown origins to give themselves a completely different brand image in foreign countries.

When Americans think of a nice beer, a wide range of local craft beers or major brands may come to mind, but one that is rarely considered is Pabst Blue Ribbon. This beer may be an American icon, but, ranking as one of the cheapest beers in the country, it is certainly not an American luxury.

However, this is not the case in China. Pabst Blue Ribbon has taken its authentic reputation as an American Icon and repositioned itself in Asian markets as a luxury beer. To an American who ha 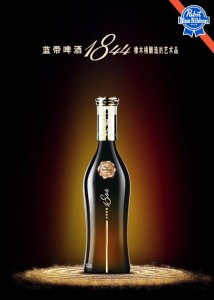 s never paid more than a dollar for a can of PBR, this may seem ridiculous. However, American exports often already connote luxury and high price point, so by emphasizing its American roots, PBR was able to ride on the wave of other authentically luxury exports from the United States.

Pabst Blue Ribbon in China is sold in glass bottles, and the ribbon icon, while still maintained, is emblazoned on the bottle in gold rather than the standard blue. Pabst Blue Ribbon in Asian markets is also branded as “1844,” the year that is printed in small type on the traditional blue ribbon in the U.S.

Pabst Blue Ribbon isn’t the only company that has made a deliberate decision to change their brand image and positioning abroad, however.

General Motors has been met with massive success in Asian markets by branding their cars as the epitome of sturdy American dependability. This is another example of a

company modeling the image of their brand around values and characteristics already associated with America such as dependability and strength. Also, Pizza Hut, the quintessential American pizza joint, is a luxury dinner destination in China. The picture to the left shows the interior of a Pizza Hut in China. The Pizza Huts of China serve pizzas in cast iron skillets and offer elaborate fruit towers for dessert.

Branding Pizza Hut, PBR, and General Motors as quality, luxurious American exports may seem like a interesting practice to Americans, but American brands are not the only companies who deploy different brand images based on country. Heineken, for example, is the equivalent of PBR in the Netherlands, its country of origin. In the United States, however, Heineken is viewed as a quality beer.

This demonstrates that no domestic market is immune to the allure and mystique that are often attached to foreign brands, aspects which can help companies a with poor, or cheap, brand image at home reinvent themselves abroad.