How to Leverage Social Media for Your Brand

There are a number of social media best practices to keep in mind related to leveraging social media for your brand, many of which center around the idea that keeping the “social” in social media, an often-forgotten but very important aspect.

Let’s start there – social media, at its essence, is a conduit for conversation. But many brands forget this aspect of social media marketing, and treat their channels as one-way communication platforms, pushing their messages out and 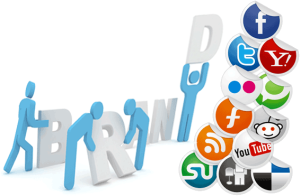 virtually ignoring all incoming communication from their fans.

Actively engaging its customers is one way to personify your company’s brand, giving it more of a “human” identity rather than one of a faceless corporation. This humanization of a brand has been shown to play a positive role in potential consumer decisions.

Engagement can be both positive and negative. Positive posts can include pushing out conversational content and responding to positive feedback from fans. But responding to negativity is also important, if not more, to effective social media engagement. Responding to negative posts in a timely and polite manner can help calm the poster, and also prevent any potential crisis from forming over a negative situation.

A great rule of thumb to keep in mind is the “one-in-seven rule.”  As discussed by Chris Litster of Constant Contact, this rule states that companies should only overtly promote their business in one of every seven posts. The remaining six should be focused on valuable content sharing for their audience. Pairing promotions with solid content extends the reach and engagement level of your posts with your audience.

Generally speaking, people pay more attention to content that interests them than they do standalone promotions, which tend to fly more under the radar of the audience. If you follow this rule, even with some leeway, your brand will be more recognizable to the audience due to your habit of sharing great content. This way, when you do post a promotional message, it is less likely to be overlooked.

Social media best practices tend to revolve more around what a brand shouldn’t do rather than what they should.

First, a word of warning when creating posts centered around social media trends – proper research is necessary to avoid creating a crisis for your organization. For instance, in 2012 the hashtag #Aurora was trending because of a mass shooting that occurred at a midnight showing of The Dark Knight Rises in Aurora, Colo. The day after this tragedy, the company Celebrity Boutique tweeted the following message: “Aurora is trending. It must be because of our Kim K. inspired Aurora dress”

Following the understandable and considerable uproar, the company released a statement saying they did not check what background of the social media trend for “Aurora” was prior to composing the message. Had the company done their due diligence and performed seemingly simple research, they could have avoided this unfortunate situation rather easily.

Additionally, the goal shouldn’t revolve around “going viral.” Taking a viral marketing focus has such a small rate of success that attempting to find positive ROI will prove difficult. There is a reason why viral posts carry the social and cultural weight they do – the attention comes due to their rarity. Just like everyday occurrences don’t warrant substantial news coverage, the dime-a-dozen nature of viral marketing attempts fall by the wayside unless they contain a truly memorable and differentiating aspect.

When used correctly, social media marketing can be a valuable tool to leverage your brand. In today’s society, a company that knows how to use this resource to its advantage holds an important leg up on the competition, and puts itself at the forefront in the minds of consumers.