How to Use Brand Positioning to Start your Brand Development

Today we are excited to have a guest blog from Lisa Overman, Director, Brand Strategy!

As a seasoned branding and marketing pro, I have been developing positioning statements for brands and companies for longer than I care to admit. Though if asked, I honestly could not have told you how “positioning statements” came to be so well-known and one of the most important marketing tools used today; that is until I read the article by Rance Crain, How Al Ries Positioned the Positioning Statement. 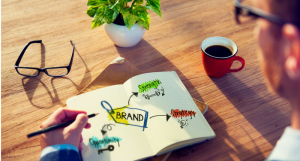 Remember your high school pep rallies and games? The excitement of the competition, the players focused on the win and the fans uniting behind the team to cheer them to victory. That is what a positioning statement – it is a company’s mantra, rally chant, cheer to gather the teams and get everyone fired up. In short, it is the chance for a brand to shout to the world that it is the best in the business. Every brand, business owner, brand developer and marketer wants to have a positioning statement that serves this purpose, in addition to uniting all of the teams that support the brand behind a common goal.

Ries alludes to companies needing an aligned-team approach when he describes the differences between the creative team and the marketing team, and who owns the foundation of kicking off that next big idea. Internally, your team has to be rowing in the same direction with consensus agreement that this is the best direction for the brand. If you can’t rally a sense of belief from your own team, how can you expect consumers to do the same?

That is why creating a strong positioning statement is such an important starting point. It will lay out some of the key aspects of the brand building process, pointing out the end goal, the basic characteristics or big idea, and some of the steps to get the brand to the top.

So how does a positioning statement come to fruition? Ries provides a great example when discussing working with Uniroyal on their first pass at a positioning statement. In his example, he discusses how the team made the unified choice to position the brand as the “technology leader in the rubber industry.” He then points out how the brand needed to convince the consumer of the validity of this statement, answering questions such as how does Uniroyal back up its claim as the leader in the space and how is leadership measured, while imploring the team to provide concrete reasoning to support the statement.

The goal of what Ries was doing was to let the Uniroyal brand team know that on its own, the statement wasn’t strong enough or believable enough to be the “rock” of the brand.. The concept was there, but it needed something credible, unique and stronger than what every other competitor was saying. Using facts to support their next positioning statement, Uniroyal showed their differentiation and outlined how they stood apart from the competition: “Uniroyal holds more patents than any other rubber company.” Simple, concise and clear, and allowing for the consumer to connect the dots between their “best of” statement and their leadership claim.

So the next time you are searching for that perfect, solid positioning statement and feel like you are hitting your head on a rock, focus on finding the words and statements that sum up that big idea. Then, explain what that big idea has to offer and what makes it different from the competition. In doing so, you can ensure that your positioning statement is the cornerstone for your next big idea that turns into your brand, and then ultimately become the center for all your sales and marketing efforts.