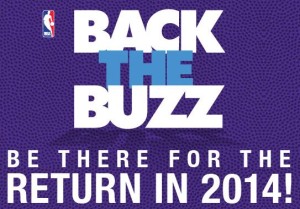 It’s remarkable how sports can bring people together. People from all walks of life find community in sporting events and teams. What becomes even more fascinating is when a team evolves because of its fans and the resulting atmosphere is utterly electric.

What does this have to do with branding? Well, Charlotte, North Carolina has an NBA team – the Bobcats – and they’re going back to their roots. Last week, Bobcats’ owner Michael Jordan announced the NBA franchise’s decision to return to its original name, The Charlotte Hornets. Sure, there’s still some politics left to sort through (the NBA board of governors will officially vote on the name change in July), but you can already feel the excitement in Charlotte.

In 1985, the NBA planned to expand by four teams. George Shinn, an entrepreneur from Kannapolis, a city just north of Charlotte, wanted to bring a team to the area, so he assembled a group of local businessmen to head the franchise. North Carolina was steeped in college basketball (Duke, UNC-Chapel Hill, Wake Forest, NC State), so the leap to an NBA team was a natural one.

So, the team was born, and introduced with a name that had historical roots to the area. During the Revolutionary War, Lord Cornwallis, a leading British General, called the fighters in the Charlotte area a “veritable nest of hornets.”

Here’s some insight from an NBC Sports writer who lived in Charlotte during the Hornets heyday:

“You simply cannot overstate how deeply in love Charlotte was with the Hornets that first year and for a long while after that. The New Charlotte Coliseum sold out every game. Marginal players like Tim Kempton became Charlotte superstars. Everybody wanted to shoot like Dell Curry. Everybody wanted to gun like Kelly Tripucka. Everyone wanted to pester like Muggsy Bogues. Kurt Rambis was on that first team. Earl Cureton. Robert Reid. Every time the Celtics or Knicks or, especially, Los Angeles Lakers came to town, we felt like the world had finally discovered us. We had a real live NBA team — a terrible one, yes, but the team’s general awfulness did not dampen the spirit one bit. Losses were beside the point. Victories were like little daily miracles. Hey look: That’s Larry Bird!”*

Three years ago, John Morgan, a local elementary art teacher, started a Facebook campaign called “We Beelieve,” and began gathering signatures to support his cause. Soon after, brothers Scotty and Evan Kent joined in the effort and created a website called, “Bring Back the Buzz.”

Earlier this year, the “Bring Back the Buzz” campaign hit a break when the New Orleans Hornets announced their own name change – to the Pelicans – thus freeing up the Hornets name for Jordan to pursue.

Flash forward to last Tuesday when Jordan announced the good news and reminisced a bit: “When I first played here years ago, the thing I was totally astounded by was the energy. I wanted to bring that energy back.”

The rebranding process should take about 18 months and an estimated $4 million, which includes an extensive repainting of the Time Warner Cable Arena as well as some loss of merchandise revenue as the team liquidates its current stock.

Nostalgic Charlotteans have already started to bring out their throwback Hornets shirts and hats – wearing the merchandise with pride, excitement and support for the switch.

We’re not naïve – our team needs a lot more than a rebranding to start winning games. But we’re optimists; maybe the buzz around the Hornets will get the players excited and give them the boost they need to start a positive momentum for the team. I mean, who doesn’t love a good Cinderella story?

*“A brief history of the Charlotte Hornets (and other things),” NBCSports.com, Joe Posnanski, http://goo.gl/gDbdV